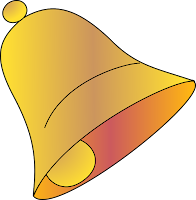 The Truth About Everything

As we travel our journey through life, we only know one small speck of the painting, the BIG PICTURE of all there is.

When speaking of all there is, my mentor, Francine, described “all” as a painting and explained,  “As many years as I have been searching [for knowledge during life, on the Other Side, and as a Spirit Guide]… I have not even scratched the surface of that gigantic painting. I have not even begun to take one little fleck off, so you can imagine the magnitude of the knowledge that is yet to come.”